Yoga is the science of staying liberated, through conscious connection with oneself, maintaining sensitivity, fluidity and flexibility
Himalayan School of Traditional Yoga (HSTY) is dedicated to propagating traditional yoga, i.e. the essence of yoga as per the original teachings codified in the scriptures by Maharishi Patanjali. Set up under the inspiration and guidance of Mohanji, HSTY’s mission is to promote a culture of yoga and make it accessible to all of mankind, beyond boundaries of country, religion, gender, class and wealth.

Why Himalayan School Of Traditional Yoga ?

At its core, traditional yoga is all about simplicity and being natural. A yogi is natural, i.e. lives in a state in which the body, mind and soul are in unison. This leads to health and equanimity, a state in which one is happy and without anxieties, anger or stress. When practicing yoga, a sincere yoga practitioner gets fully in tune with their body and its subtle processes, thus quieting the mind. 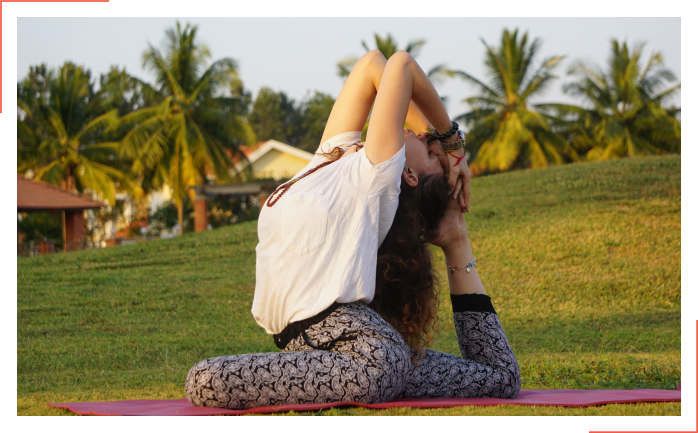 We do not look at yoga as exercise, but rather as a set of practices that help take one back to their original state. We look at yoga as a means of increasing the awareness of one’s body and of aligning the system to allow the expansion of consciousness. In short, HSTY is focused on producing true yogis. HSTY’s classes are characterised by strict adherence to the core principles of Traditional Yoga, rather than paying attention to the element of fitness or physical aspect. The focus of these practices is on awareness rather than activity; seeking within rather than seeking out
Download Meditaion

Yoga is the science of staying liberated, through conscious connection with oneself, maintaining sensitivity, fluidity and flexibility .

1. The Teacher’s Training Courses are the primary courses through which HSTY trains teachers in HSTY’s techniques of traditional yoga. Teachers are then empowered to spread the knowledge in their own locations around the world.
2. HSTY conducts yoga retreats and other programs suited to people of varying levels of proficiency – from beginners to intermediate to advanced. HSTY is also the official Yoga partner of the Mohanji Foundation and hence conducts yoga sessions during spiritual retreats and pilgrimages with Mohanji.
3. HSTY faculty and HSTY-trained teachers also offer free yoga classes in several locations around the world, as part of their commitment to spread traditional yoga knowledge and positivity to their societies.
4. HSTY is a Registered Yoga School with Yoga Alliance, the world’s largest non-profit association representing the yoga community. HSTY is an Associate Institution with the Indian Yoga Association, a self-regulatory body of leading yoga institutions across India.
Visit Us