On 8th September 2022, the sacred land of #Shirdi witnessed “Amrut Manthan”, a one-of-a-kind gathering organised by Dr. Priya Shende, supported by the Shri Saibaba Sansthan Trust Shirdi that united leaders of the spiritual lineages of Maharashtra and #Bharat. The lineages of peerless Masters of the past, such as Swami Samarth of Akkalkot, Shankar Maharaj, Eknath Maharaj and Tukaram Maharaj, were represented by their present-day successors. Spiritual luminaries from Maharashtra and Bharat graced this wonderful occasion, united in their love for Shirdi Sai Baba.
Eminent dignitaries from all walks of life, past Sansthan trustees, and prominent members of the Shirdi Sai Baba worldwide devotee community made it a star-studded event. Sai Baba’s close devotees who lived with Shirdi Sai Baba also found representation through the descendants of Mhalsapati, Sir Buti, Baijamaa and Laxmibai Shinde. The day began with the welcome and reception of the guests by the trustees into the temple. Mohanji and the group were led through the holy temple grounds to the reception area, where they mingled with warmth and love.
It was then time to heed the call of Sai Baba, the true Master orchestrator of this grand event, with a visit to the Samadhi (final resting place of a master) temple. Despite the milling crowds, the saints and Masters found a clear path to see Shirdi Sai Baba. Mohanji was given the honour of leading this eminent group. Given Mohanji’s reverence for Sai Baba as his spiritual father, he greeted Sai Baba as such with full “sashtaang” prostration.
After the darshan, the group gathered in the main conference room and was honoured by the CEO Bhagyashree Banayat IAS of the Shri Saibaba Sansthan Trust. It was as if Sai Baba had called each saint to honour and recognise their incredible work and unite them for a greater purpose. Mahaprasad (consecrated offering) was served to the guests in the prasad hall before the group returned to the venue for the second half of the function.
It was incredible to see this group of great holy people together on one stage. Some had shunned the public eye and stayed out of society’s reach to perform their work. Media, press and TV were in strong attendance as the group took to the stage. The event started with prayers and pada pooja (ceremonial washing of the feet) of the saints.
Mohanji spoke of the meaning behind the event’s name, Amrut Manthan. This refers to the famous story from the Hindu scripture, Bhaagawatam, [Vishnu Purana], of the Manthan (churning) of the ocean of milk to get the celestial nectar, amrut. Before the nectar arrived, the ocean churning released dangerous poisons. Mohanji drew a parallel to the current times where toxic poisons are being churned out before we can experience the amrut of Satya Yuga, the Golden Age again. This possibility of Satya Yuga exists in varying degrees within every individual. Everyone has the potential to raise their frequency to this possibility. But first, we have to churn out the vices from our system, such as anger, hatred, jealousy, greed, pride, ego, cheating, stealing, betrayals, competition, comparisons, imitations, attraction towards material matters, violence, discrimination, nepotism, so on and so forth. He felt that this event was a call from Sai Baba for these great Masters to unite and join hands for the world’s benefit and bring forth ahimsa and harmony on earth beyond caste, creed, country, culture, religions, languages and all other distractions of the human mind.
We thank Dr Priya Shende for her incredible work organising the event and Dr. Etienne Premdani from the Netherlands, who brought Mohanji there. This event will set trends for years to come. A special thank you to the trustees and team from the Shirdi Sai Sansthan, led by the eminent, respected CEO Ms. Bhagyashree Banayat for their hospitality and for ensuring the smooth running of the event from start to finish. 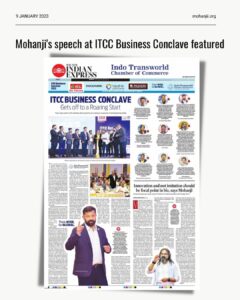 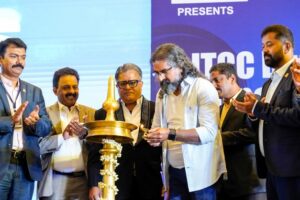 On 7 January, Mohanji arrived at the Grand Hyatt in Kochi, where he had been invited to inaugurate 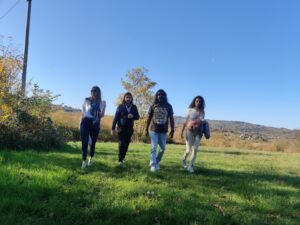 𝗠𝗼𝗵𝗮𝗻𝗷𝗶 𝗦𝗲𝗿𝗯𝗶𝗮 𝗔𝘀𝘀𝗼𝗰𝗶𝗮𝘁𝗶𝗼𝗻 is pleased to announce that the Association has acquired two plots of land. These pieces